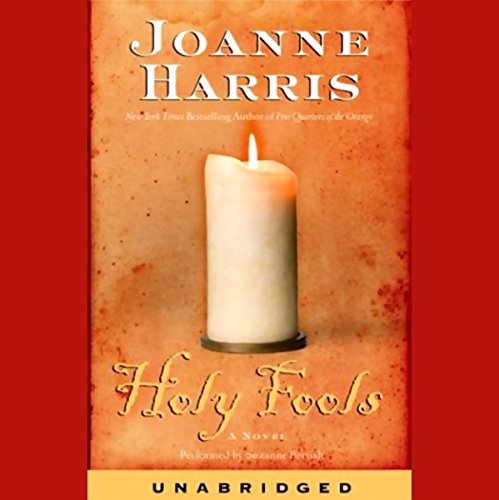 In the year 1605, a young, pregnant widow seeks sanctuary at the Abbey of Sainte Marie-de-la-mer. After the birth of her daughter, she takes up the veil, and a new name, Soeur Auguste. But the peace she has found is shattered five years later by the events that follow the death of her kind benefactress, the Reverend Mother.

When a new abbess arrives at Sainte Marie-de-la-mer, she does not arrive alone. With her is her personal confessor and spiritual guide, Pere Colombin, a man Soeur Auguste knows all too well. The newcomer is Guy LeMerle, now masquerading as a priest, and the one man she fears more than any other.

Soeur Auguste has a secret. Once she was l'Ailee, star performer of a troupe led by LeMerle, before betrayal forced her to change her identity.

But now the past has found her. To protect herself and her beloved child, l'Ailee will have to perform one last act of dazzling daring more audacious than any she has previously attempted.

"Spicy characterizations, tart dark humor, and seductively pungent prose." ( Publishers Weekly)
"[A] riot of an end-of-Renaissance romance. ... Holy Fools itself reads like a play unfolding, from exposition with clear foreshadowing through stagelike scenes, to the artfully suspenseful climax, set in an incense-thick, candle-lit sanctuary, with nuns wailing and whirling, and the three conflicts converging and poised for catastrophe." ( Denver Post)
"Much more than a tale of revenge and redemption, Holy Fools delves into maternal bonds, love and betrayal, 17th-century politics, and the abusive power of the church....dazzling and dramatic." ( Bookmarks Magazine)