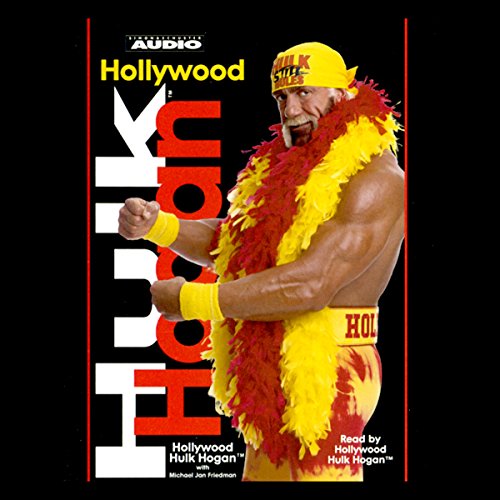 You think you know Hollywood Hulk Hogan? Brother, you don't know squat about me.

Yeah, I'm the towering red-and-yellow warrior who revolutionized the wrestling business, the larger-than-life superhero who transformed an entire country into a horde of Hulkamaniacs. I'm the guy who spit blood and breathed fire to help create an empire called World Wrestling Entertainment.

But it wasn't always like that. Once I was a fat kid named Terry Bollea watching legends like Dusty Rhodes and Superstar Billy Graham, never dreaming I'd be a professional wrestler myself one day.

Find out what makes me cry like a baby and what makes my blood boil. Then tell me you know the man called Hollywood Hulk Hogan.

Join the Babe Ruth of wrestling on a gritty, no-holds-barred odyssey from his start in the barbaric wrestling arenas of the '70s through the humiliation of his involvement in federal steroid-abuse trials to the achievement of his greatest triumph yet.

Along the way, lock up with the likes of Mr. T, Ted Turner, The Rock...and of course, Vince McMahon, head of World Wrestling Entertainment.