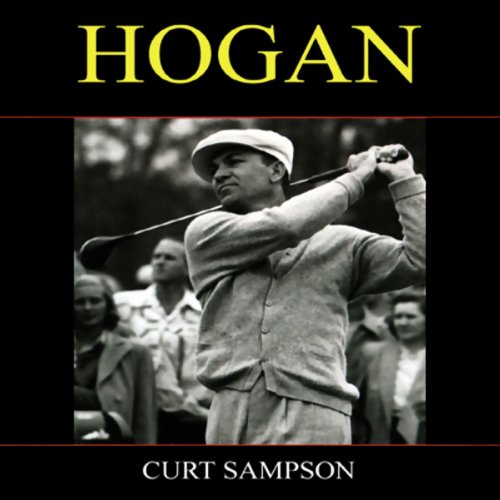 Ben Hogan was the hero no one knew. No one knew what drove him to practice until his hands bled. No one knew what private demons built the high walls that surrounded him. No one was even sure how he hit a golf ball with such godlike precision. He built a legend and a mystique that captivates golfers still.

The components of this mystique were easy to see: a silent, almost eerie concentration that intimidated his opponents, a presence any politician or actor would envy, and an ability to hit a ball so squarely it sizzled as it left his club. Accomplishment was another part of his aura. Ben Hogan won four U.S. Opens in six years, three of them after a near-fatal head-on automobile collision with a bus. His injuries limited him to six tournaments in 1953, but he won five of them, three of them majors. It was arguably the greatest year ever in the history of professional golf.

Magazines placed his face on their covers, New York City gave him a ticker-tape parade, and Hollywood made a movie of his life. Yet even in the midst of all this acclaim, myth distorted and obscured Ben Hogan. Here at last is the Hogan no reader has ever encountered. From the poverty and suicidal death of his father that scarred him as a youth, to the failure and conflict that stalked him into middle age, Hogan is the rare sports book that transcends the genre.

Combining interviews with Byron Nelson, Jack Nicklaus, Sam Snead, and scores of other golf professionals, as well as insights from Hogan¿s friends and business associates, Hogan traces the life of an amazing man and tells an unforgettable story.

"A superb and insightful portrait of the most elusive and complex champion in golf history." ( Golf Digest)