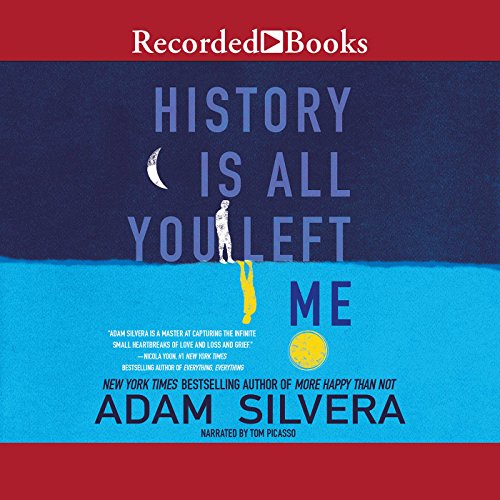 History Is All You Left Me

OCD-afflicted Griffin has just lost his first love, Theo, in a drowning accident. In an attempt to hold on to every piece of the past, he forges a friendship with Theo's last boyfriend, Jackson. When Jackson begins to exhibit signs of guilt, Griffin suspects he's hiding something and will stop at nothing to get to the truth about Theo's death. But as the grieving pair grows closer, listeners will question Griffin's own version of the truth - in terms of both what he's willing to hide and what true love means.

Das sagen andere Hörer zu History Is All You Left Me

This was an absolutely beautiful and sad story. Great performance and stunning writing. Addressing the mental health issues around loss but also being atypical was very moving. I feel the synopsis makes the book sound darker than it actually is. What a great piece!

Although it's not easy to move on after the lost of your first love but time will help. This story helps us to realize where we have to go trough. But there comes also a time were we learn to live with it and we can go on to find the next history. Although this was a hard stuf Adam Silvera did a great job. I was crying and laughing and went through a lot of mixed emotions. This story has all that I'm asking of a good book. Tom Picasso also did a great job. His voice is very symphatic.

I loved this so so much.

Adam Silvera did it again!!!!
He made me cry so hard and I appreciate it to be honest.
It was perfection and the reader was just awesome.

Masterful combination of timelines and very moving story. And a very good choice of narrator.