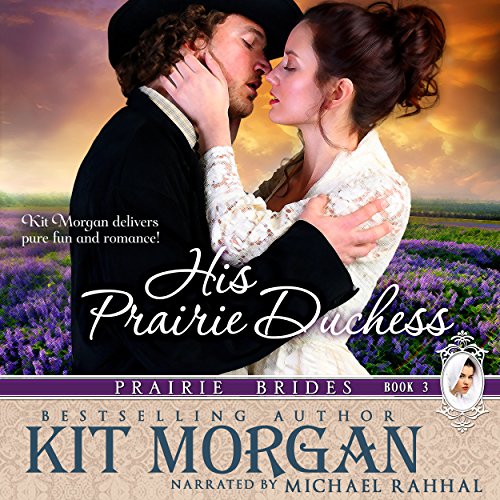 Prairie Brides is a series, so you'll want to read the books in order to have the most fun! Enjoy these sweet romances as you get to know the Cooke brothers and the townsfolk of Clear Creek. One of the wackiest little towns in the old west!

Duncan Cooke had a problem. A really BIG problem. As the next Duke of Stantham, he would have power and position, a wealthy estate and the means to take care of his family for years to come. His father and mother could only dream something like this would happen to their eldest son and now their dream was a reality. So what was the problem? He had to get married in the next 38 days or lose it all.

Unfortunately, Duncan lived in Clear Creek. A place where there wasn't a single female around for hundreds of miles.

Cozette Duprie could hunt, shoot a gun, and wield a bow and arrow like nobody's business. Heck, she even helped her father take down a buffalo once. But the buckskin clad beauty had been living life disguised as a boy for so long, she had no idea how to be a girl. And worse, her father suddenly thought she ought to start living like one. But why? Why let everyone in Clear Creek know her secret? And if her father had any ideas of marrying her off, who on earth would want her? No one. For how could any man want a wife who couldn't utter a word?

Would Duncan be able to beat the deadline and inherit the title and estate? Or be stopped by those wishing not only the title for themselves, but something much more precious?