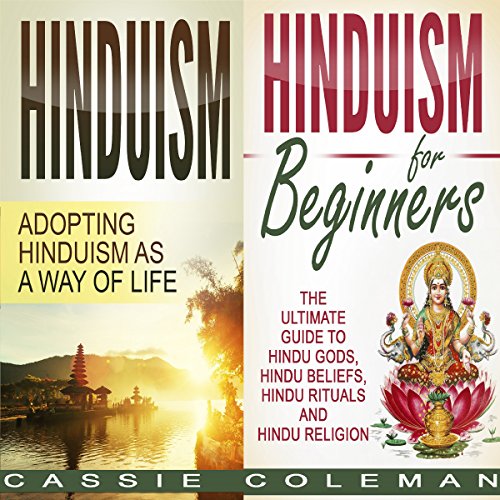 Learn how to adopt Hinduism as a way of life.

Hinduism is the oldest and the third largest religion by population. There are more than a billion Hindus in India, Nepal, Indonesia (Bali), Mauritius, Canada, New Zealand, Kenya, and elsewhere in the world who practice the faith. However, many scholars and practitioners believe that Hinduism is not a religion at all - it is a way of life, as Hinduism explains the purpose of human life, what you should and shouldn't do, how you should behave with others, and how you should carry out your duties and responsibilities.

There are many aspects of Hinduism that make it distinct from any other religion. For instance, there is no founder. Hinduism developed from the faiths and traditions of the earliest people who practiced it, and it is still evolving. Hinduism believes that God is within us, and everywhere in the universe.

This audiobook contains detailed information on the Hindu way of life. You will learn about Dharma and how to lead the life in a dharmic way so that you can achieve self-awareness, realize the true potential of your atman or soul, find God, and become free from the cycle of life and death. I will introduce you to the concepts of atman, moksha, sanatan dharma, the Hindu theories of evolution, and the duties and responsibilities of all Hindus. I will show you how faith, devotion, dharma and artistic expression are a way of life. You will learn about the teachings of the Vedas, Upanishads, and the Bhagavad-Gita. I will explain the meaning of life, and show you how to find God within you and in the outside universe. This and much more will be covered in this audio-bundle. Listen to it now!