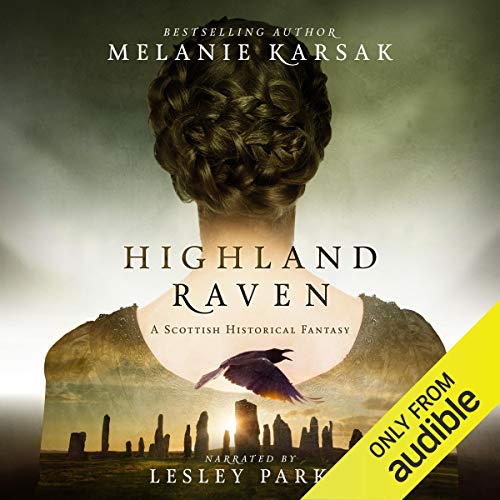 Destined to become Queen of Scotland. Bound by blood to the Celtic gods.

Scotland, 1026 - Gruoch, descendant of the line of MacAlpin, should have been born into a life of ease. But fate is fickle. Her father's untimely death, rumored to have been plotted by King Malcolm, leaves her future uncertain and stained by the prophecy that she will avenge her family line.

Escaping to one of the last strongholds of the old Celtic gods, Gruoch becomes an adept in arcane craft. Her encounters with the otherworld, however, suggest that magic runs stronger in Scotland than she ever imagined.

Haunted by dreams of a raven-haired man she's never met, Gruoch soon feels her fate is not her own. She is duty-bound to wed a powerful lord, if not the Prince himself; however, she's not sure she can stop her heart when she meets Banquo, a gallant highlander and druid.

Fans of Outlander and Mists of Avalon will relish this sweeping Scottish historical fantasy that tells the tale of Gruoch, a woman struggling to escape her fate without blood on her hands.

A great novel that captures realistically a world of witches and fairies, warrior women and barbaric men, and a woman exploring a life she had no idea existed (Author Carrie L. Wells)
A rich tale of lore and legend that will trap you faster than a fairy ring ( Fabulous and Fun Book Reviews)