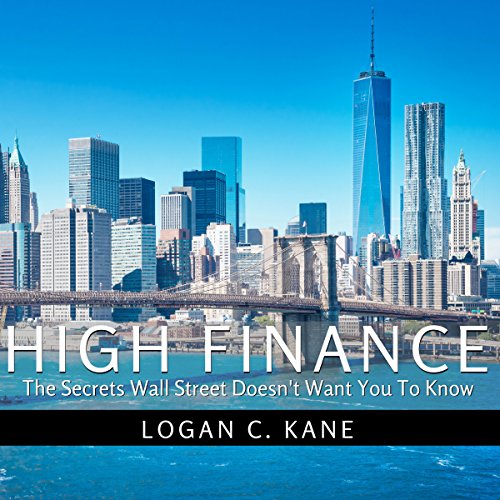 I wrote High Finance: The Secrets Wall Street Doesn't Want You to Know in late 2016. Since then, I have helped thousands of people turn the tables on Wall Street, not only in the United States and Canada, but also in 17 other countries, places like France, Germany, Hungary, South Korea, and China. The main theme of my book is that Wall Street beats retail investors through a series of small edges, like commissions, fees, bid/ask spreads and margin interest, much like the house edge at the casino or sportsbook. I show you where these edges are and how you can avoid them. When I published my book, everyone predicted that I would sell 100 copies or so, mostly to family and friends. They were wrong. Just like there are a lot of naysayers in publishing, there are a lot of naysayers who will say it's impossible for you to make any money in the stock market. They are also wrong.

I think you should raise your expectations.

Have the courage to dream bigger, do bigger deals, and go take what you want. Whether you choose to steadily grow your capital through prudent, low-cost investment or by grinding out profitable trade after profitable trade, you are capable of achieving your goals. There are a lot of ways to make money in the markets, and you are free to switch strategies whenever you want. There is no shortage of money in this world; the money just isn't equally distributed. Someone gets to live in every mansion and penthouse all over the world, and my question is, what if it could be you? Smart investing and trading can make you more money than you have ever dreamed of, faster than you thought was possible. Trading options and stocks paid for my first car, paid for me to travel the world, and put a lot of extra cash in my pocket over the years. It can do the same for you.