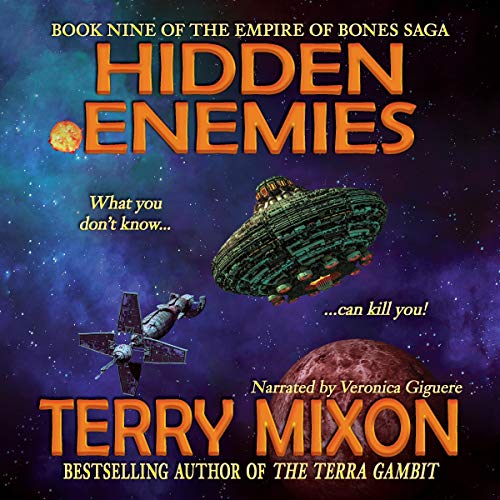 Trapped between murderous xenophobes and calculating artificial intelligences, an interstellar war threatens to wash Princess Kelsey Bandar away in a tide of blood.

With her most powerful ship crippled, only a desperate mission to steal what she needs right out from under the noses of her enemies offers a way to get her people safely home.

As if that wasn’t hard enough, success requires her foes never learn of her existence and therein lies the problem. Few have ever accused Kelsey Bandar of subtlety.

If you love military science fiction and grand adventure on a galaxy-spanning scale, grab Hidden Enemies and the rest of The Empire of Bones Saga today!