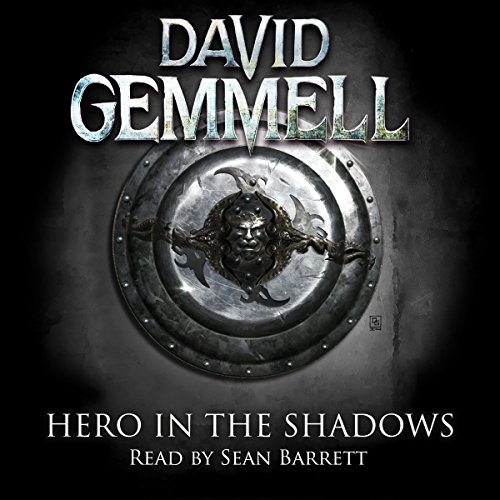 Hero in the Shadows

The final story of Waylander, available in audio for the first time.

Thousands of years ago, the city of Kuan Hador - a place steeped in evil - was defeated by a vast army of mystic warriors, the enemy banished beyond the gateway between worlds.

Spells of enormous power sealed the gateway. Now, in the Duchy of Kydor, 2,000 miles from the lands of the Drenai, icy mists begin to form around the ruins of Kuan Hador. Awesome beasts stalk the hills and forests. The spells are fading, the days of blood drawing nearer.

Beyond the gateway the vengeful armies of Kuan Hador await. And where years before a host stood against the enemy, now only a handful of warriors prepare to face it once more: Kysumu the Swordsman, last of a dying breed; Yu Yu Liang, the ditch digger; Ustarte, the Beast-Priestess; and the mysterious Waylander.

Together they must solve an ancient mystery that will bring the dead to life for a final battle outside time. But first Waylander must find a way to kill a man who cannot die.