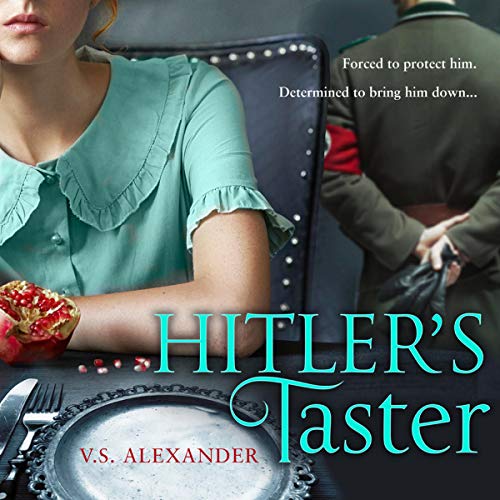 Forced to protect him. Determined to bring him down... Previously published as Her Hidden Life.

In early 1943, Magda Ritter’s parents send her to relatives in Bavaria, hoping to keep her safe from the Allied bombs. Young German women are expected to do their duty - working for the Reich or marrying to produce strong, healthy children.

After an interview with the civil service, Magda is assigned to the Berghof, Hitler’s mountain retreat. Only after weeks of training does she learn her assignment: she will be one of several young women tasting the Führer’s food, offering herself in sacrifice to keep him from being poisoned.

Perched high in the Bavarian Alps, the Berghof seems worlds away from the realities of battle. Though terrified at first, Magda gradually becomes used to her dangerous occupation - though she knows better than to voice her misgivings about the war.

But her love for a conspirator within the SS, and her growing awareness of the Reich’s atrocities, draw Magda into a plot that will test her wits and loyalty in a quest for safety, freedom and ultimately, vengeance....

Vividly written and ambitious in scope, Her Hidden Life examines the harrowing moral dilemmas of war in an emotional story filled with acts of extraordinary courage.

Really, what possessed the producers to have the book being read out with a heavy and thick mock German accent? It ruins the book and your experience to boot. By the way, the same goes for the other book read by the same reader. She is a native German speaker and it would have been completely sufficient for a slight sense of alianation had she read it in her almost accent-free English.