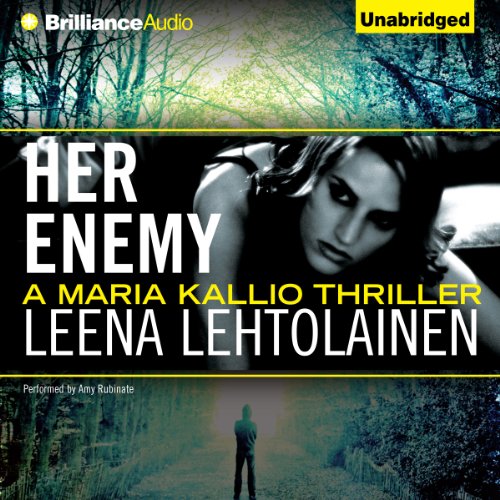 After solving her first murder and leaving the Helsinki Police Department behind, Maria Kallio thought that a move to the neighboring city of Espoo would signal a fresh start - a chance to not only put her new law degree to use but to nurture her budding romance with Antti Sarkela. But when she discovers the strangled body of a new acquaintance, old habits die hard for the redheaded sleuth - especially since the accused is not only the victim's fiancé but a member of Antti's family. Though she works as a legal counselor, Kallio soon finds herself unofficially investigating the murder, now labeled a sex crime. While Antti's relative may have some peculiar sexual tendencies, Kallio doubts that the man she's agreed to defend is capable of the crime. To crack the case, Kallio will have to pull back the curtain on Espoo high society…and uncover a secret someone is willing to kill to keep hidden. Her Enemy, the latest addition to Lehtolainen's bestselling crime series, sends intrepid Detective Kallio into the dark side of human passion.