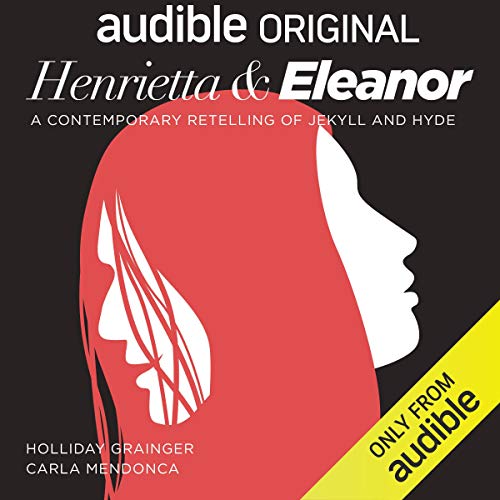 Henrietta & Eleanor: A Retelling of Jekyll and Hyde

First published to critical acclaim in 1886, Robert Louis Stevenson’s mesmerising thriller is a terrifying study of the duality of man's nature, and it is the book which established Stevenson's reputation as a writer.

In this Audible Original drama Stevenson’s story is transported to modern-day London, and instead we meet Henrietta Jekyll and Eleanor Hyde.

Dr Jekyll, a charming doctor, explores the possibility of dividing the dark and light side of her personality, but in doing this she creates a monster, Eleanor Hyde. For many years she manages to live under the radar, keeping her dark secret unknown to those around her. However, gradually her evil side gains strength until Dr Jekyll is overwhelmed by Eleanor Hyde, to disastrous consequences. An exploration of human duality and forces of good and evil, this modern retelling is compelling and eerie and retains the disturbing nature of the original text.

"A solid retelling with quick pacing and atmospheric narration heightening jarring, bizarre circumstances. A full cast rounds out the life of Jekyll as her friends discuss her, read her correspondence, and have interactions with the young doctor and her sinister counterpart. While all the actors involved work to create this chilling story, some of the strongest moments involve the confessions of Henrietta, portrayed by Carla Mendonça, and the unnerving telltale laughter of Eleanor, portrayed by Holliday Grainger. An enjoyable listen for fans of dramatic re-creations and science fiction." (AudioFile Magazine)