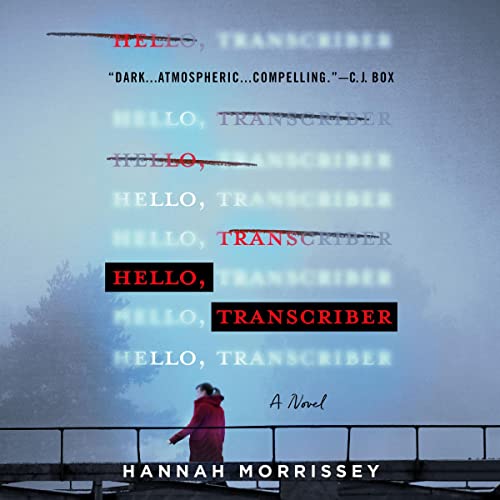 Hannah Morrissey's Hello, Transcriber is a captivating mystery suspense debut featuring a female police transcriber who goes beyond the limits to solve a harrowing case.

Every night, while the street lamps shed the only light on Wisconsin's most crime-ridden city, police transcriber Hazel Greenlee listens as detectives divulge Black Harbor's gruesome secrets. As an aspiring writer, Hazel believes that writing a novel could be her only ticket out of this frozen hellscape. And then, her neighbor confesses to hiding the body of an overdose victim in a dumpster.

The suspicious death is linked to Candy Man, a notorious drug dealer. Now, Hazel has a first-row seat to the investigation and becomes captivated by the lead detective, Nikolai Kole. Intrigued by the prospects of gathering eyewitness intel for her book, Hazel joins Kole in exploring Black Harbor's darkest side. As the investigation unfolds, Hazel will learn just how far she'll go for a good story - even if it means destroying her marriage and luring the killer to her as she plunges deeper into the city she's desperate to claw her way out of.