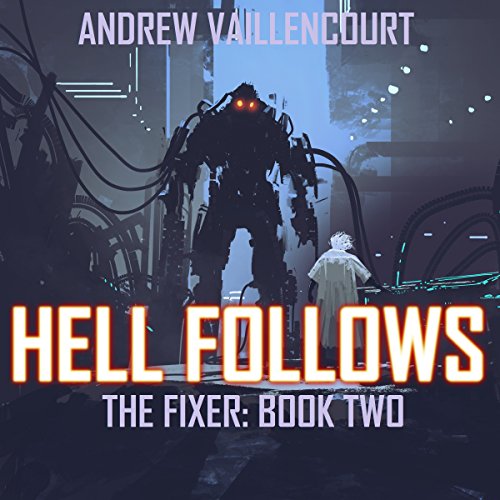 Dockside is burning, and it's up to everybody's least favorite Army-surplus cyborg to fix it.

It starts when somebody takes a hit out on The Chairman, and quickly spirals into a mystery that takes Roland and his hyper-kinetic partner Lucia far from New Boston and into the depths of unregulated star systems. To save his home, Roland will need to figure out who would risk upsetting the delicate truce in Dockside before the peace crumbles and the streets run red with blood. Unfortunately for the pair of them, it could be anyone!

Everybody wants to control the docks and everybody hates the Chairman. Is it the Pirate King of frontier space? Is it the gigantic mega-corporation who is tired of the docks being harassed? Is The Combine finally falling apart? Could it be...Rodney the Dwarf? It's probably not Rodney, but Roland will need to ask hard questions of some hard people. It's a good thing Roland is the kind of guy who knows how to get answers.

The guns will blaze and the fists will fly as the galaxy's least likely duo of problem-solvers hop the next ship to deep space and teach a whole new crop of mad science gone awry that wherever The Fixer goes: