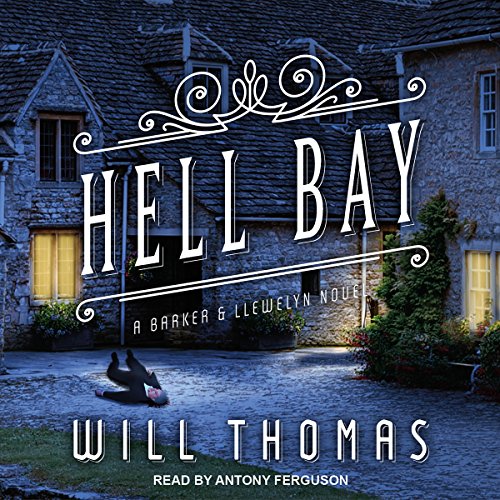 At the request of Her Majesty's government, private enquiry agent Cyrus Barker agrees to take on his least favorite kind of assignment - he's to provide security for a secret conference with the French government. The conference is to take place on the private estate of Lord Hargrave on a remote island off the coast of Cornwall. The goal of the conference is the negotiation of a new treaty with France. The cover story for the gathering is a house party - an attempt to introduce Lord Hargrave's two unmarried sons to potential mates.

But shortly after the parties land at the island, Lord Hargrave is killed by a sniper shot, and the French ambassador's head of security is found stabbed to death. The only means of egress from the island - a boat - has been sent away, and the means of signaling for help has been destroyed. Trapped in a manor house with no way of escape, Cyrus Barker and his assistant, Thomas Llewelyn, must uncover which among them is the killer before the next victim falls.

"Thomas supplies plenty of suspects and red herrings, ratcheting up the tension steadily as he winnows the targets to make this period adventure one of his best." ( Kirkus)