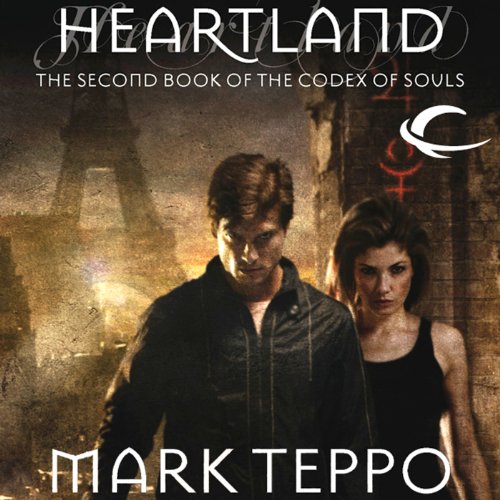 Narrator Andy Caploe gives an intense performance in this second installment of the Codex of Souls series, shading protagonist Markham's interior voice with jaded doubt as he seeks to overturn the group of magicians who cast him out five years before. Markham jumps from one altercation to another in Paris, and the physical violence he encounters is matched by emotional turmoil when his former lover Marielle appears. Caploe doesn't hold back on the drama as Markham wrestles with the issue of free will versus determinism, and fans of urban fantasy will have their appetites whetted for the next book in this series.

The second novel of the Codex of Souls furthers explores the strange occult world first introduced in Lightbreaker. Mark Teppo’s vision of a magical underworld is a non-stop adventure that continues to bring new light to the occult origins of our history.

Markham returns to Paris where he lost his love, and nearly his life. The ancient order of manipulative magicians that once cast him out is now in turmoil...a turmoil made all the greater by the swaths of destruction that Markham tried to avert in the Pacific Northwest.

Teamed with an unlikely partner, Markham seeks to overturn the corrupt remains of an order no longer able to police its own practitioners. Yet, he can't escape the feeling that he's still just a pawn in a larger game.