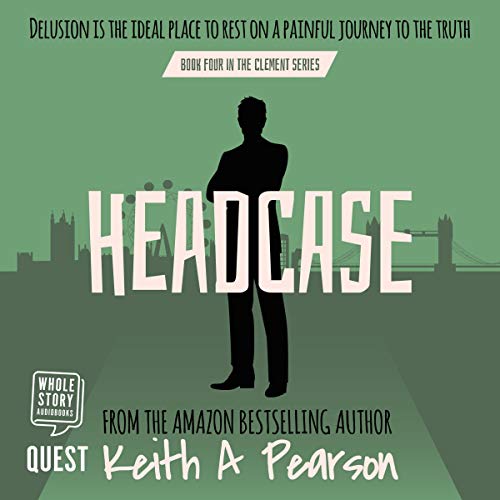 Headcase: the fourth book in the best-selling Clement series. Delusion is the ideal place to rest on a painful journey to the truth.

David Nunn considers himself a good man. Employed as a counsellor for a mental health charity in North London, his typical day revolves around broken minds and dysfunctional lives. Then, one day in January, a young man staggers into the charity's office; no appointment booked and seemingly in the grip of a drug-induced episode. David reluctantly agrees to see the young man.

It proves a brief but fateful encounter. Within days, two men gate-crash David's life; their motives wildly different but each making a demand. What they both have in common is their propensity for violence and deep-rooted psychological issues. As his world descends into turmoil, David must decide if one of those men can save him from the other.