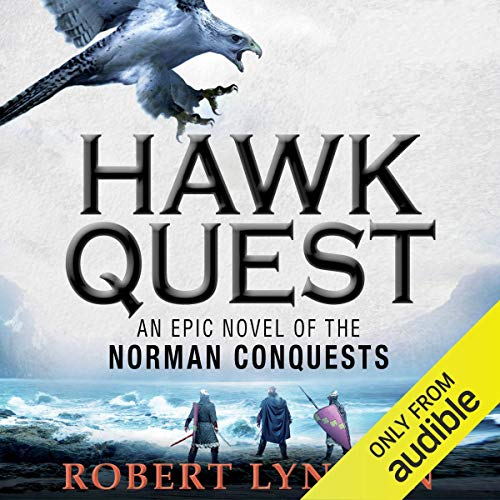 1072 AD. The Normans have captured England. The Turks have captured a Norman knight. And in order to free him, a Frank warrior named Vallon must capture four rare white hawks. In the company of a Sicilian scholar and an English falconer, Vallon sets off a heart-stopping odyssey to the far ends of the earth - from Greenland to Russia to Constantinople, across raging Arctic seas and blood-drenched battlefields.

Braving Viking warlords, vengeful Normans, and the unforgiving elements, Vallon and his comrades must track down their quarry one by one in a relentless race against time. Ric Jerrom reads Robert Lyndon’s epic historical adventure packed with visceral combat, marvellous period detail, and gripping suspense.