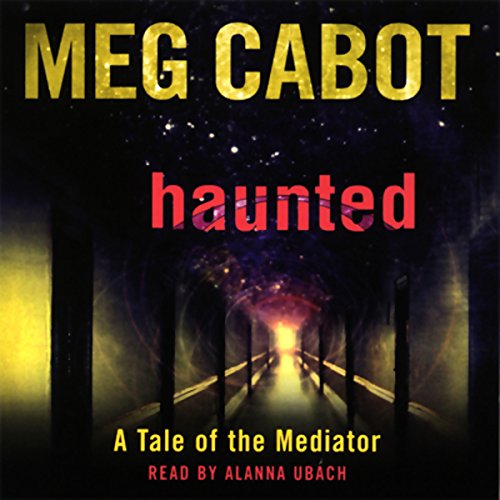 My name is Susannah Simon, and I am a mediator, a liason between the living and the dead. If you think this gets in the way of my attempt at a normal 16-year-old life, you'd be right. You try going to the mall while constantly being accosted by the undead.

Not that this is a bad thing all the time. Like, for example, when I discovered my bedroom is haunted by Jesse, the ghost of a 19th-century hottie. While I haven't made much progress with him (only one kiss so far), I remain optimistic. Jesse's inexplicable resistance to my charms is not my only obstacle, though: there's this other guy. A live one, who has the same gift of gab with the undead I have. In the same way I'm after Jesse, this guy is after me. And he knows how to send Jesse to the Great Beyond. For good.

So I guess you could say I'm haunted. I just never thought it would be by someone who isn't dead.