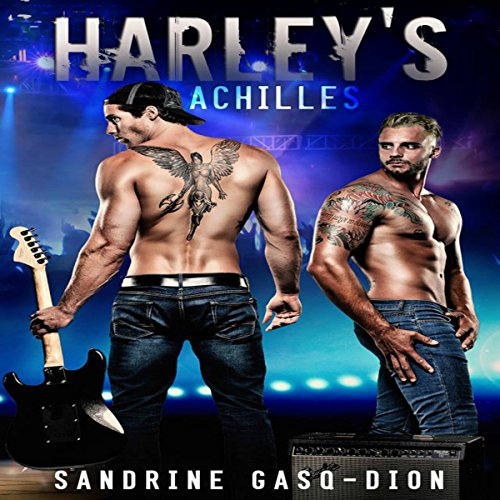 Rock star Harley Payne seems to have it all. Skyrocketing career. More money than he'll ever need. And women. Lots and lots of women. But "seems" is the operative word. Because beneath the material trappings of his fame, Harley is deeply in pain.

Reeling from the death of his soldier brother, and apparently nonexistent to his parents, every day is an emotional battle for Harley. When Mac Collins, owner of Mac's Security, puts Achilles Castellanos squarely into Harley's orbit as a bodyguard, Harley's world tips on its axis in more ways than one. Under the huge bodyguard's surveillance 24/7, Harley's love life takes a nose dive. Surprisingly, Harley doesn't care because he's starting to realize his bodyguard has become to mean more to him than just muscle.

Former Delta Force leader Achilles Castellanos lost an entire team, as well as his first love, in an ambush in Ramadi. Clawing his way back to the surface has been hell, but Achilles' iron will has dragged him from the depths of despair. Achilles can't miss the crippling pain that shadows his new charge, heavy metal band member Harley Payne. What began as just another bodyguard job has become his very reason for breathing when Achilles finds himself falling for the rambunctious Harley.

Sparks fly when the men travel to Greece, but a startling revelation could ruin everything before Aphrodite even gets a chance to give them her blessing.