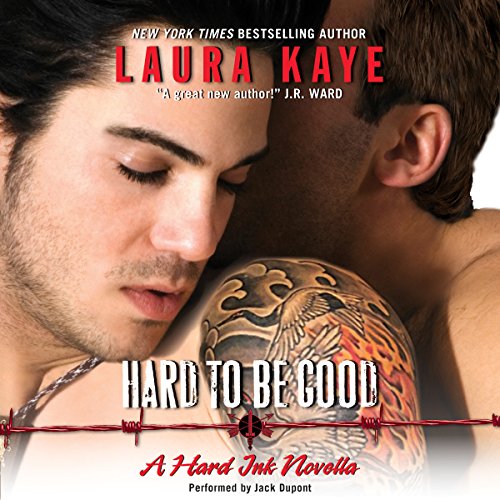 Hard to Be Good

These are the men of Hard Ink.

Hard Ink Tattoo owner Jeremy Rixey has taken on his brother's stateside fight against the enemies that nearly killed Nick and his Special Forces team a year ago. Now Jeremy's whole world has been turned upside down by the chaos - and by a brilliant, quiet blond man who tempts him to settle down for the first time ever.

Recent kidnapping victim Charlie Merritt has always been better with computers than with people, so when he's drawn into the SF team's investigation of his army colonel father's corruption, he's surprised to find acceptance and friendship - especially since his father never accepted who he was. Even more surprising is the heated tension he feels with sexy, tattooed Jeremy, Charlie's opposite in almost every way.

With tragedy and chaos all around them, temptation flashes hot, and Jeremy and Charlie can't help but wonder why they're trying so hard to be good.