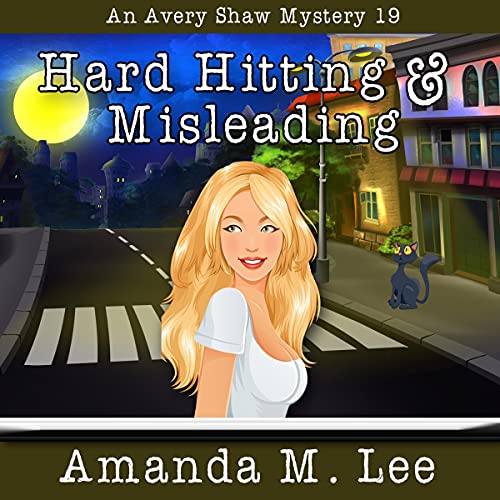 Avery Shaw is back from her honeymoon and on the prowl for a story. She wants to prove that marriage has softened her - nothing ever could - and the way she’s going to do that is by rocking the news world with something monumental.

Then a body drops in her neighborhood, only blocks away from her house, and the hunt is on.

The victim is divorced, having an affair with a married coworker, and generally unlikable. Avery has multiple places to look for a suspect...and then another woman dies only a block away from Avery’s house, and the entire dynamic of the story changes.

Avery’s new husband Eliot is worried, enough so that he taps Sheriff Jake Farrell to help. Avery’s anger with Jake hasn’t diminished, but now they’re working as a group to track down a deadly killer.

Avery doesn’t want help but she needs it, because someone is watching her house and, more importantly, her. Eliot is beside himself and begins upgrading their security system but it doesn’t feel like enough.

Avery is supposed to cover the news, not become part of it. This time the headline that’s coming for her includes the word “victim”, however, and she’s having none of it.

She’s a strong, capable woman, and if she has to take down a serial killer, she’s going to do it...as long as she’s not taken down first.

Her team is large and in charge, and it’s going to take all of them working together. Even then, they may not be strong enough to stem the tide of death washing over Macomb County.