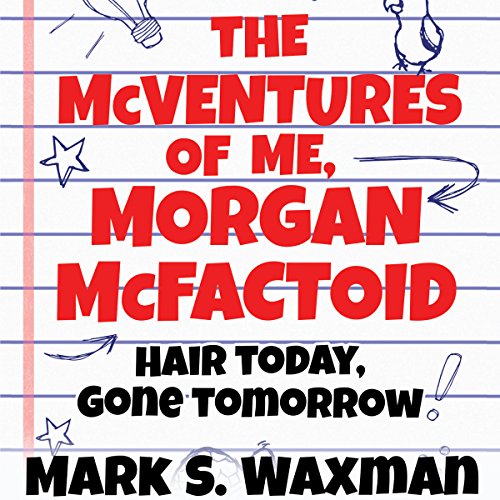 Morgan (McFactoid) McCracken spews random (but fascinating) facts whenever he gets flustered. As if that's not enough to warrant getting picked on, Morgan actually has to shave! And that's too much for Brad Buckholtz, a witless bully who constantly beats up Morgan.

As an aspiring inventor, Morgan figures if he can just come up with a product that will stop his facial hair from growing, then Buckholtz will no longer have a reason to pummel him. Besides, eliminating the need to shave will save people time, energy, and money as well as making Morgan wealthy enough to pay off his family's debts and save them from losing their house. With the help of Robin, the beautiful girl who lives next door, as well as an extremely inventive talking parrot, Morgan stumbles upon something potentially much more lucrative - a hair-growing formula. And the bald world literally beats a path to his door.

Overnight, Morgan becomes an international celebrity, entertaining absurdly lavish offers from cosmetics companies. Suddenly everyone wants to be his friend, including Brad Buckholtz. Everyone except the one person he cares about - Robin. She doesn't think there is anything wrong with either having whiskers or being bald. In fact she has always wondered whether people liked her for who she was on the inside or what she looked like on the outside. She would never respect, and she will definitely not support, someone who sells his soul to superficiality.

After escaping formula snatchers and kidnappers, with the insights gained from some well-timed bird poop and one very smart girl, Morgan makes his choice between fame and fortune and his heart's desire.