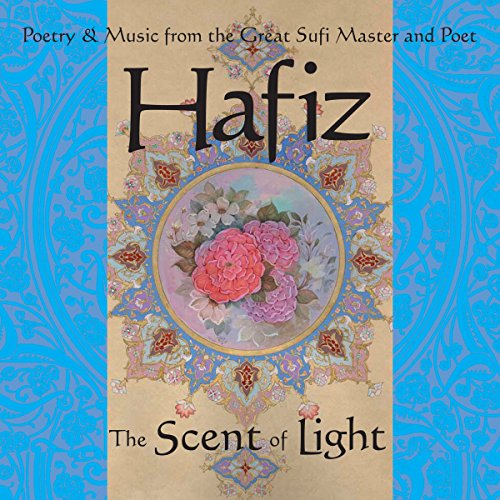 Hafiz: The Scent of Light

In modern-day Persia, the 14th-century poet Hafiz remains the most treasured voice of his homeland - a place where his work outsells Rumi, and even the Koran. Yet only recently have Westerners come to know this wild Sufi mystic's astonishing verses on love and spiritual longing. Now, with Hafiz: The Scent of Light, you will join Daniel Ladinsky - the acclaimed translator of The Gift - to revel in more than 30 of Hafiz's most stirring works. Offered here in the manner that Hafiz composed them, namely spoken or sung spontaneously amid companions and inspired music, each of these exquisite love songs (ghazals) shimmers with a nuance, depth, and passion rarely captured in previous translations. Hafiz once said: "A poet is someone who can pour light into a cup, then raise it to nourish your beautiful parched holy mouth." From his vision of an all-embracing Beloved who sees beyond our religious beliefs to his revelations on the oneness of worldly ecstasy and spiritual awakening, Hafiz continues to pour the light of his poetry forth today. Music composed and performed by Stevin McNamara (sitar and nylon string guitar), with special guest artists and composers Steve Gorn (bansuri flute), Jeffrey Rodgers (tabla, santoor, ethnic drums, percussion), Annette Cantor (vocals), Pandit S.N. Sopori (drupad/khyal/tarana singing), Bhushan Sopori (tabla), and Aurelia Roze (violin). Read by Nataraja Kallio.