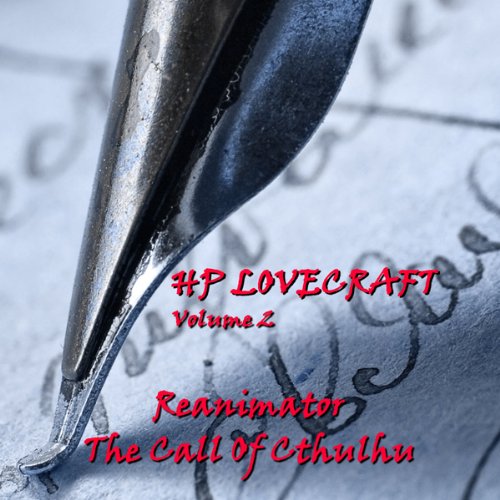 H. P. Lovecraft, Volume 2: 'The Call of Cthulhu' and 'Reanimator'

Howard Phillips Lovecraft is among the greatest American writers of fantasy and the supernatural. Born in 1890, a native of Providence, Rhode Island, his health was uncertain from childhood and he led a sheltered early life. His semi-invalidism enabled him to read omnivorously, and as a shy imaginative child he began to invent what would in his adult life become a whole macabre fantastic world of his own, peopled by creatures out of his own weird imagination. As an adult he was retiring, almost a recluse. Tall, thin and pale, but with bright alert eyes, he was much given to wandering his native city in the dark hours of the night, and he became a devoted student of its antiquities. He began to write early, but had nothing published nationally until he was in his twenties. He set many of his stories around the imaginary town of Arkham, and invented an entire mythology of his own, its core being the demoniac cult of Cthulhu, based on the lore or legend that the world was at one time inhabited by another race who, in practising black magic, lost their foothold or were expelled, yet live outside, ever ready to take possession of this earth again. Since his early death in 1937 his stories have increasingly grown in popularity. He encouraged younger writers, and a number of authors have continued to develop in their own stories the cult of Cthulhu.

In this volume our tales are "The Call of Cthulhu" and "Reanimator". They are read for you by Garrick Hagon who began his acting career as a boy, playing the part of the Prince of Wales to Alec Guiness’s Richard III at the Stratford Shakespeare Festival in Ontario. He Has done much radio drama, and his long list of television appearances include Colditz and Dr Who. Among his many films are Star Wars, Cry Freedom, A Bridge Too Far, and Batman.