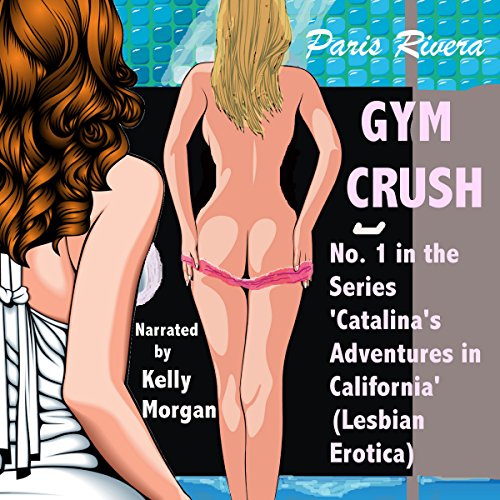 "How is the shower?" Catalina called out, her voice a little broken with the desire that she was struggling to conceal.

Catalina lifted one hand to the tight black top she was wearing and moved it strongly against her left breast. Mmmm, that felt so good! She was watching Jessie like a hawk now as the blonde girl appeared to wash her hands with the soap and then place it back in the soap-dish. It was hard to be sure, but Jessie now seemed to have moved her hands to her own belly - and perhaps below - and was pushing her pert backwards and forwards in little dance-style moves, apparently rubbing up against her own hands. Oh gosh, that was just too sexy! Catalina reached up to massage her other breast through the tight material of her T-shirt and then moved the other hand down to her own belly and inside her low-cut white shorts.

She still had not seen the girl’s naked body, but it appeared that her young visitor – without even fully revealing herself – was putting on a little show for Catalina’s benefit. The older woman reached inside the blue panties that were still just visible at the top of her shorts...