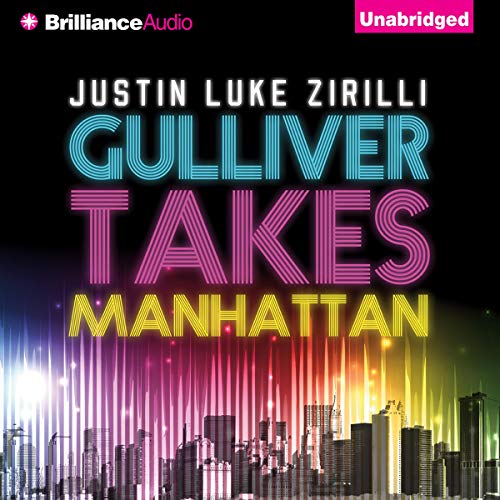 When Gulliver Leverenz abandons LA to make a fresh start in New York, he leaves behind his family, his friends - and one bastard ex-boyfriend. It’s certainly an impulse move: Gully has no job, no money, and no direction. What he does have is a former fraternity brother with a posh apartment, a crew of incredibly hot friends, and a reputation as a rising star in the gay nightlife scene.

As luck would have it, Gully soon snags a job with a talent agent and even finds himself a new boyfriend. There’s just one catch: Gulliver knows this budding relationship could get him in a lot of trouble. And inevitably, it does just that.

The whole mess blows up in his face, leading to an onslaught of catastrophes that leaves him in a tragic and seemingly hopeless situation beneath the skyscrapers. But Gulliver is tougher than he realizes and is determined to prove, once and for all, that he has what it takes to make it in New York.

By turns exciting, sad, and hysterically funny, Gulliver Takes Manhattan is a candid tale of one man’s adventures in the greatest city in the world.