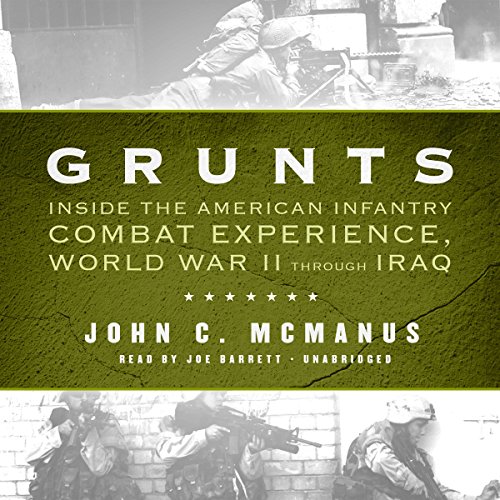 From the acclaimed author of The Dead and Those About to Die comes a sweeping narrative of six decades of combat, and an eye-opening account of the evolution of the American infantry. From the beaches of Normandy and the South Pacific Islands to the deserts of the Middle East, the American soldier has been the most indispensable - and most overlooked - factor in wartime victory. In Grunts, renowned historian John C. McManus examines 10 critical battles - from Hitler's massive assault on US soldiers at the Battle of the Bulge to counterinsurgency combat in Iraq - where the skills and courage of American troops proved the crucial difference between victory and defeat. Based on years of research and interviews with veterans, this powerful history reveals the ugly face of war in a way few books have and demonstrates the fundamental, and too often forgotten, importance of the human element in serving and protecting the nation.

A must read for every officer and politician!

What is explained in the book every infanterie member knows. A war is won on the ground and to win a war you must do more then win battles!