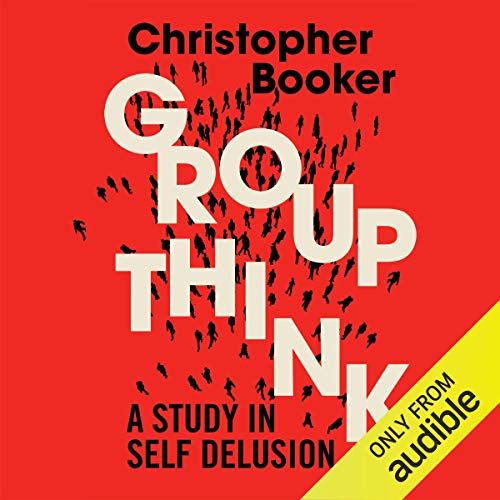 In Groupthink, his final book, the late, eminent journalist and best-selling author Christopher Booker seeks to identify the hidden key to understanding much that is disturbing about the world today.

With reference to the ideas of a Yale professor who first identified the theory and to the writings of George Orwell from whose ‘newspeak’ the word was adapted, Booker sheds new light on the remarkable – and worrying – effects of ‘groupthink’ and its influence on our society.

Booker defines the three rules of groupthink: the adoption of a common view or belief not based on objective reality; the establishment of a consensus of right-minded people, an ‘in group’; and the need to treat the views of anyone who questions the belief as wholly unacceptable. He shows how various interest groups, journalists and even governments in the 21st century have subscribed to this way of thinking, with deeply disturbing results.

As Booker shows, such behaviour has led to a culture of fear, heralded by countless examples throughout history, from Revolutionary Russia to Napoleonic France and Hitler’s Germany. In the present moment it has caused countless errors in judgment and the division of society into highly polarised, oppositional factions. From the behaviour of the controversial Rhodes Must Fall movement to the sacking of James Damore of Google, society’s attitudes towards gender equality, the Iraq war and the ‘European Dream’, careers and lives have been lost as those in the ‘in-group’ police society with their new form of puritanism.

As Booker argues, only by examining its underlying causes can we understand the sinister power of groupthink which permeates all aspects of our lives.