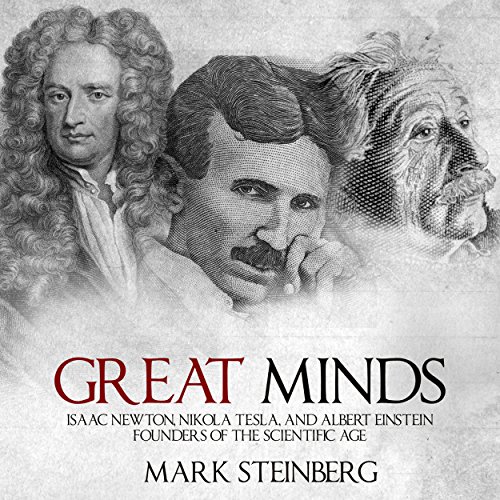 The last 400 years have been some of the most incredible years in human history. From the 17th century to the 21st century, humans went from being almost universally agrarian with sailing vessels, muskets, and astrolabes being the most cutting-edge technology on the planet, to an era where the world is almost universally industrial or post-industrial with airplanes, cars, spaceships, computers, widespread electricity, enormous power from coal, oil, and nuclear power, and the ability to produce much more food than was ever possible before the Industrial Revolution. This book describes the lives and ideas of three of the minds who made this transition possible: Isaac Newton, Nikola Tesla, and Albert Einstein. What was it about these men that allowed them to change the world with their ideas about how the universe and technology worked?

In this book you will learn about how these three men were able to turn their respective worlds upside-down with their unconventional thinking, thirst for knowledge, far-reaching vision, and sheer genius.

They all had rather different personalities but what unites them is that they all wanted to know how the world really worked, and were able to train their minds to accomplish that goal. It wasn't easy for any of them and they all lived in relative isolation developing their ideas and inventions, often receiving opposition from the existing scientific, political, and cultural establishment, but in so doing they were able to transform our understanding of the universe and society in a way that led to the birth of the modern scientific age. The modern world is indebted to these men for good or ill.