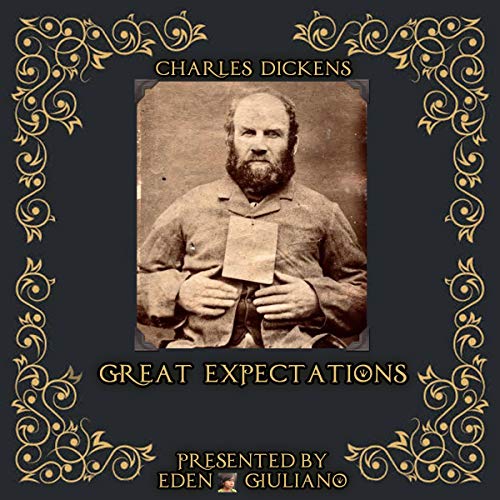 Here is perhaps Charles Dickens’ most beloved story, Philip Pirrip, known as “Pip”, narrates his own incredible journey, from the hindsight of 50 years. Pip grows up with his older sister after losing his parents as a boy. His sister, a tough woman, rules Pip and her husband Joe with an iron fist.

While playing in the marshes, Pip is accosted by an escaped criminal whom he decides to help by stealing food from his own home. The convict however, is soon caught and returned to prison. Miss Havisham, an eccentric recluse, sends for Pip to come to her house to play with Estella, a haughty girl about his age. Although Pip is ashamed as a poor uneducated boy, he is fascinated by Estella. A few years later, he becomes apprenticed to Joe, a blacksmith, but dreams of one day becoming rich and clever and marrying Estella.

A very odd stranger, Mr. Jaggers, arrives to inform him that he has come into a handsome property, and will be removed from his present home to be brought up as a gentleman. The benefactor is kept secret, but Pip is sure it must be Miss Havisham. In London, Pip acquires a tutor, grand new clothes and the uptown lifestyle he always wanted. Things, however, are complicated as a gentleman in society, and he finds himself very unhappy, as Estella remains indifferent to him, deeply involved with someone else. Pip begins overspending his generous allowance, and worse, spurns old friends.

We know you will enjoy this very special series from Icon Audio Arts hosted by young Eden Giuliano!

Produced by Alex Franchi in Milan and Geoffrey Giuliano in Delhi

Edited and mixed by Macc Kay in Bangkok

Special thanks to Brandon Stickney and Sanjay Khemani