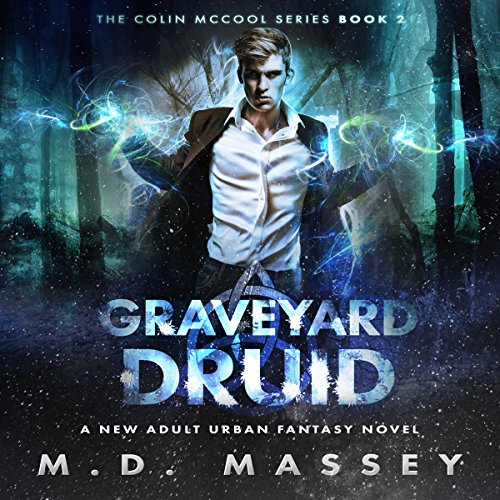 When the local vampire coven hires him to stop an undead outbreak at the city graveyard, it sounds like money in the bank to everyone's favorite down on his luck druid, Colin McCool. But when you're cursed by an ancient fae sorceress with a score to settle, nothing is ever as it seems...

Colin McCool here, otherwise known as the Junkyard Druid. Not my favorite title, but since it's my only title I guess I'm stuck with it.

But hey, things are looking up. Sure, a powerful and sentient magical artifact may have taken up residence inside my skull, and I'm still burdened with a nasty curse cast by an ancient sorceress of the Tuatha Dé Danann...

...but I'm trying really hard to look on the bright side of things.

Seeing as how I've been dragged back into the world of the fae, I figure I may as well be of use. And if I can make a little scratch while using my druidic talents for good and not evil, so much the better.

Which is why I took this job working for Austin's vampire coven, cleaning up a ghoul infestation at the city cemetery. It's not their work and they don't want the heat, so they hired me to take care of it before it gets out of hand.

Easiest. Job. Ever. I'll just whack a few ghouls, hide the bodies, and collect my fee.

I mean, seriously - what could possibly go wrong?