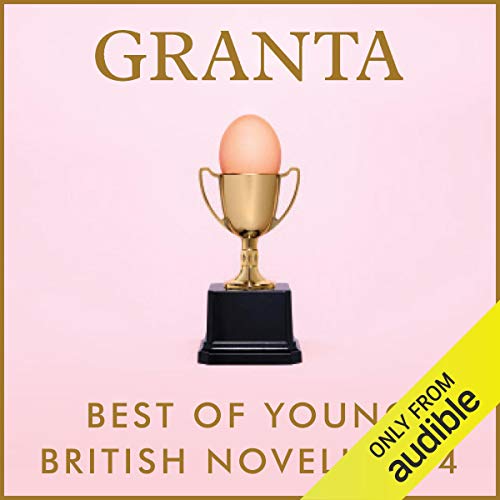 Every 10 years, Granta Magazine dedicates a special issue celebrating the 20 best British novelists under the age of 40. Historically, the judges have chosen with remarkable prescience, accurately predicting the authors who will craft the future of British fiction. Barker, Barnes, Hollinghurst, Ishiguro, Mitchell, Rushdie, Smith, Tremain, Winterson - long before they were household names they were Granta Best of Young British Novelists. To borrow from The Observer, this is "a list that sets the literary agenda for a generation".

Audible invited all these young novelists to read their work - some of them did, and some of them chose to have their stories professionally narrated - and the result is an exciting blend of literary talent and spoken-word: These distinctive voices and the sense of place that permeate every story create a listening experience you will not soon forget.

Now in audio for the first time, we present the voices of the next generation.

John Freeman's criticism has appeared in more than 200 newspapers around the world, including The Guardian, The Independent, The Times and The Wall Street Journal. Between 2006 and 2008, he served as president of the National Book Critics Circle. His first book, The Tyranny of Email, was published in 2009. How to Read a Novelist will be published in 2013. His poems have appeared in The New Yorker and Zyzzyva.

"A list that sets the literary agenda for a generation." (The Observer)