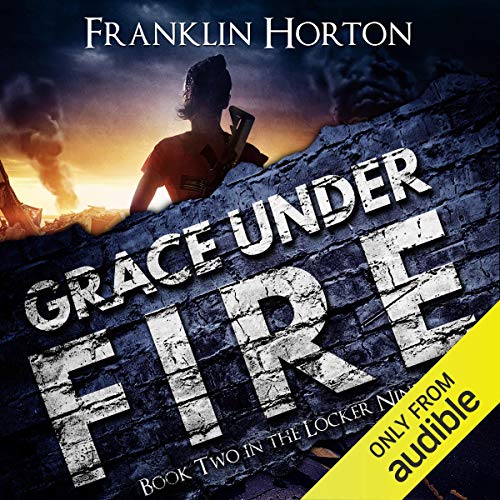 Grace Hardwick was raised to be a survivor. Her dad taught her how to how to fight and how to think on her feet, hoping she'd never need those skills. When society fell apart around her, she needed all that and more. There was nothing in her life to this point that prepared her for the random violence, the brutality, and the cruelty of a starving and desperate populace turning on each other.

In the highly-anticipated sequel to Locker Nine, Franklin Horton takes us on a breakneck dystopian thrill ride where you cannot let your guard down. Every peaceful moment could be the preamble to the next act of random violence. Every moment an exhausted traveler spends sleeping could be the moment an attacker's knife curls around their neck.

Picking up immediately after the last book we find Grace taking refuge in a secure compound in the Southern Appalachians. After reuniting with her father, she expected that the remainder of her journey home would be uneventful. Her dad was with her now - things would be okay. She couldn't have been more wrong.

Nothing in this new life is easy. Grace and her friend Tom, a physically-challenged veteran utilizing a specially-outfitted track chair, find themselves suddenly thrown back in the fight. Robert Hardwick and Tom's mother become separated from their children and find themselves under attack from a highly-skilled and heavily-armed force. Most alarming of all, an innocent comment from a child's lips puts the remainder of Grace's family directly in the cross-hairs of a violent sociopath. If he is able to carry out his plans, Grace and her father will not have a home, or even a family, to return to.