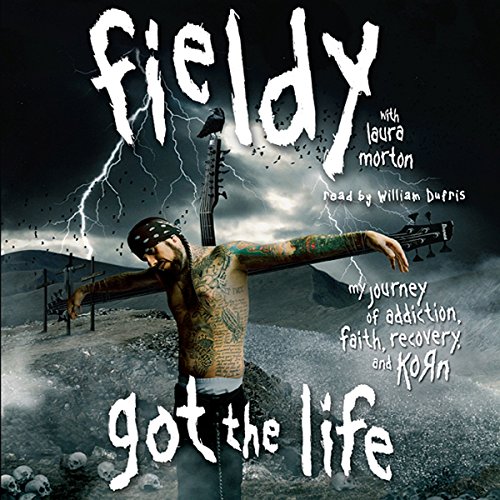 What have you got when you Got the Life?

Music was in his bones. From the time he was an infant, Fieldy watched his dad's band perform, and soon enough he found his own calling: the bass. After high school, with a guitar and little else, he left his small California town for the music scene in L.A. Before long, Fieldy, Brian "Head" Welch, James "Munky" Shaffer, drummer David Silveria, and Jonathan Davis would gel together and form a band with a completely new sound - Korn.

What happened next was something Fieldy had always dreamed of but was totally unprepared for: Korn exploded, skyrocketing to the top of the charts and fronting the nu metal phenomenon. Fieldy was thrust into the fast-paced, hard-rocking spotlight. Korn began to tour incessantly, creating intense live shows fueled by wild offstage antics. Fieldy became a rock star, and he acted like one, notorious not only for his one-of-a-kind bass lines, but also for his hard-partying, womanizing, bad-boy ways. The more drugs he took, the more booze he drank, the worse he became: He was unfaithful, abusive, mean, and sometimes violent.

By all appearances, Fieldy had the life. But he was on the dark path of excess, alienating friends, families, and loved ones, nearly destroying himself and the band. It took an unexpected tragedy to straighten him out: the death of his father, a born-again Christian, to a mysterious illness. Following his father's dying wish, Fieldy found God. Filled with the spirit of his new faith, Fieldy quit drugs and drinking cold turkey, and found the best part of himself.

With never-before-seen photos, and never-before-heard stories, Got the Life is raw, candid, and inspiring - the ultimate story of rock and redemption.