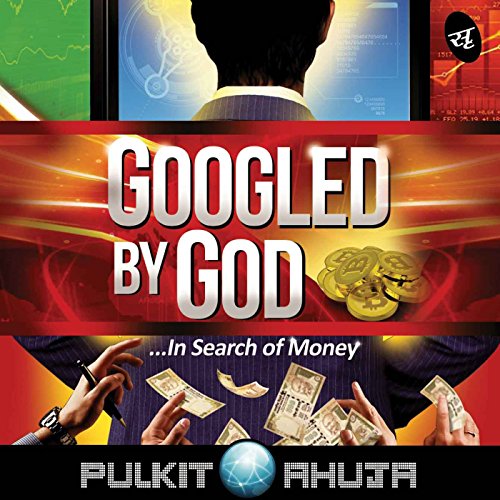 In 1986 everyone has their secrets.... But what if one common student's secret has the potential of bringing down an entire nation's financial markets? What would it take for him to reveal this secret?

In 2014 one of nation's leading investment bank is in danger of losing its 50 million dollar investment just four weeks after funding a start-up at a valuation of 1,000 crore rupees.

In 2015 a man is faced with a most peculiar choice - to avenge his brother's murder or take revenge for his father's betrayal.

Googled by God is a fast moving financial thriller that takes the listener on a journey to the dark realms of entrepreneurship and technology. Revolving around the ever-changing worlds of stock markets, investments and money, listeners will soon find themselves in the middle of a dangerous game of emotions and karma.