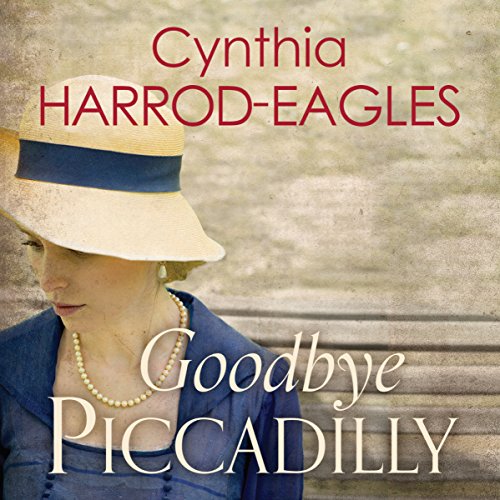 In 1914, Britain faces a new kind of war. For Edward and Beatrice Hunter, their children, servants and neighbours, life will never be the same again.

For David, the eldest, war means a chance to do something noble; but enlisting will break his mother's heart. His sister Diana, 19 and beautiful, longs for marriage. She has her heart set on Charles Wroughton, son of Earl Wroughton, but Charles will never be allowed to marry a banker's daughter.

Below stairs, Cook and Ada, the head housemaid, grow more terrified of German invasion with every newspaper atrocity story. Ethel, under housemaid, can't help herself when it comes to men and now soldiers add to the temptation; yet there's more to this flighty girl than meets the eye.The once-tranquil village of Northcote reels under an influx of khaki volunteers, wounded soldiers and Belgian refugees. The war is becoming more dangerous and everyone must find a way to adapt to this rapidly changing world.

Goodbye Piccadilly is the first book in the War at Home series by Cynthia Harrod-Eagles, author of the much-loved Morland Dynasty novels. Set against the real events of 1914, Goodbye Piccadilly is extraordinary in scope and imagination and is a compelling introduction to the Hunter family.

the reading was good, but the story is at times very slow and the ending just slapped me. The plot goes without any mood changes almost linear this is why the ending was so surprising.