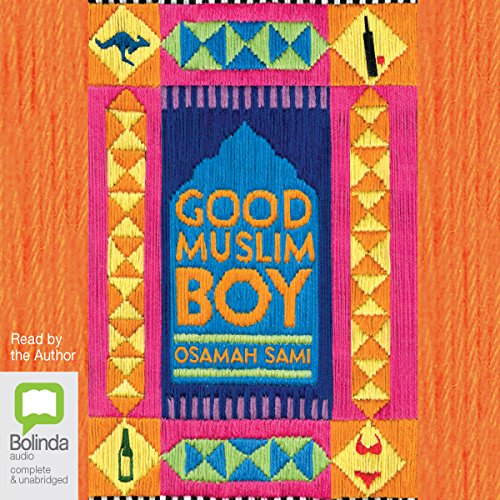 Meet Osamah Sami: a schemer, a dreamer and a madcap antihero of spectacular proportions whose terrible life choices keep leading to cataclysmic consequences...despite his best laid plans to be a good Muslim boy.

By the age of 13, Osamah had survived the Iran-Iraq war, peddled fireworks and chewing gum on the Iranian black market, proposed 'temporary marriage' not once but three times, and received countless floggings from the Piety Police for trying to hold hands with girls in dark cinemas.

And the trouble didn’t stop when Osamah immigrated to Australia.

As much as he tried to be a good Muslim boy - his father was the lead cleric in Melbourne, after all - life was short, and there were beaches with girls in bikinis to skip school for, a medical degree to fake because the son of a cleric should become a doctor, and an arranged marriage to run away from because his heart belonged to someone else.

Good Muslim Boy is a hilarious and heartbreaking memoir of loss, love and family. It's about what we'll do to live up to expectations - and what we must do to live with ourselves.