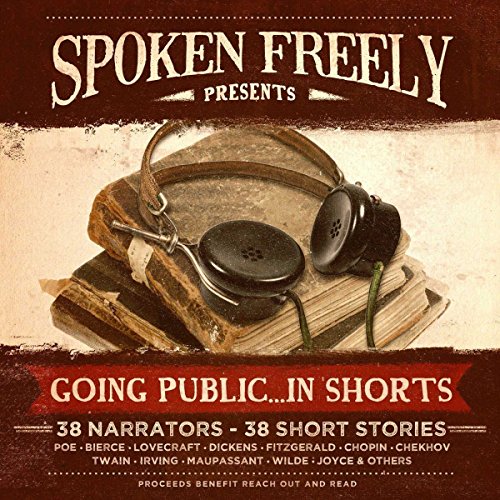 From haunting ghost stories to classic fairy tales, Going Public ...In Shorts! is a collection of 40 classic and lesser-known works by history's greatest writers. Among the stories included are "The Death of a Government Clerk", Anton Chekhov's defining vignette; "The Celebrated Jumping Frog of Calaveras County", Mark Twain's comedic story that earned him national fame; "The Gift of the Magi", O. Henry's masterful Christmastime tale about love and sacrifice; and "The Story of an Hour", Kate Chopin's enduring feminist work about a frail woman and her dead husband. Also included are lesser-known stories such as "Brown Wolf", a short tale by Jack London; "The Diamond as Big as the Ritz", an early thriller-romance by F. Scott Fitzgerald; "The Spectre Bridegroom", a folk tale-style ghost story by Washington Irving; and "The Prophets' Paradise", a dreamlike narrative by Robert W. Chambers. Proceeds from the publisher's sale of this title go to Reach Out and Read, an innovative literacy advocacy organization.