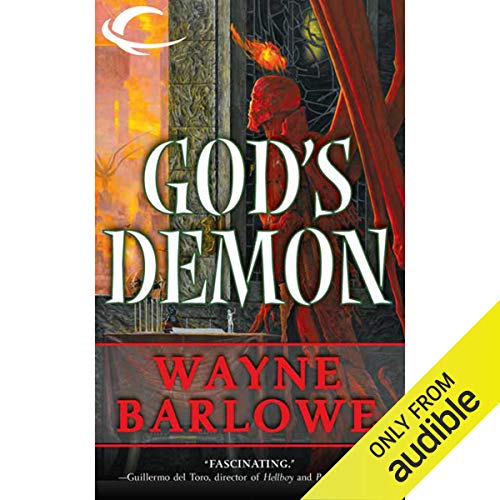 The powerful Lord Sargatanas, Brigadier-general in Beelzebub's host, is restless. For millennia Sargatanas has ruled dutifully over an Infernal metropolis, but he has never forgotten what he lost in the Fall. He is sickened by what he has done and what he has become. Now, with a small event - a confrontation with a damned soul - he makes a decision that will reverberate through every being in Hell. Sargatanas decides to attempt the impossible, to rebel, to win his way Home and bring with him anyone who chooses to follow...be they demon or soul. He will stake everything on fighting all the abominable forces of Hell arrayed against him, when the prize is nothing less than redemption.

"Fascinating.” (Guillermo del Toro, Director of Hellboy and Pan’s Labyrinth)
“Scary stuff? Maybe. Gross and hideous and disgusting? Now and then. There’s also hope and loyalty and internecine plotting—politics as usual and unusual….Hopes, fears, escapes, affections, acceptances all roil in the ashy smokes above and around the characters.” (The San Diego Union-Tribune)
“A fierce and stout narrative that echoes certain other fantasy classics even more so than it does the canonical authors Milton and Dante, while retaining a splendid novelty of conception….given all these inflowing currents into the mighty river of Barlowe's own imagination, the book attains a weighty magnificence.” (SciFi.com)