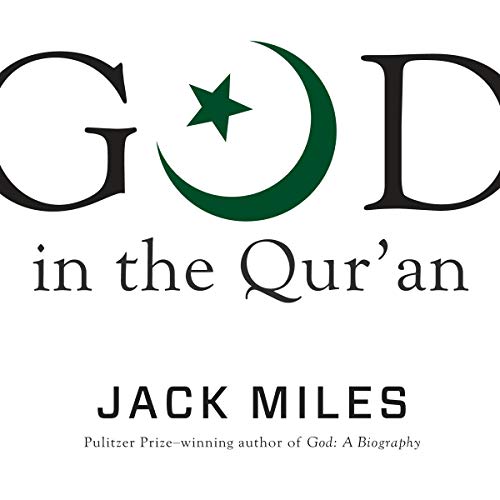 God in the Qur'an

Who is Allah? What does he ask of those who submit to his teachings? Pulitzer Prize-winner Jack Miles gives us a deeply probing, revelatory portrait of the world’s second largest, fastest-growing, and perhaps most tragically misunderstood religion. In doing so, Miles illuminates what is unique about Allah, his teachings, and his resolutely merciful temperament, and he thereby reveals that which is false, distorted, or simply absent from the popular conception of the heart of Islam.

So, too, does Miles uncover the spiritual and scriptural continuity of the Islamic tradition with those of Judaism and Christianity, and the deep affinities among the three by setting passages from the Hebrew Bible, the New Testament, and the Qur’an side by side. In the spirit of his two previous books, God and Christ, and with his characteristic sensitivity, perspicacity, and prodigious command of the subject, Miles calls for us all to read another’s scriptures with the same understanding and accommodating eye that we turn upon our own.

“A highly readable, unbiasedly comparative, and elegantly insightful study of the Quran.... Miles gets to the core of the Abrahamic matrix.” (Mustafa Akyol, The New York Times Book Review)

“Miles’ unique talent for writing about religion won him a Pulitzer Prize for God: A Biography, and now the scholar has written a study of Allah.... Miles’ book is a road map toward interfaith understanding.” (The National Book Review)

“In its stunning scope, its forensic analysis, and its lofty message, God in the Qur’an has no predecessor and no competitor among books that scan the horizon of Abrahamic scriptures. At once accessible and challenging, the Biblical/Qur'anic narratives are recounted here with clarity and conviction. The reader - whether religious or non-religious, Jewish, Christian, Muslim, or atheist - is offered a new vista into divine-human encounters evoked by one of their most skilled interpreters, Jack Miles. A milestone of literary and theological scholarship.” (Bruce Bennett Lawrence, author of The Koran in English)

Maybe not a fair critic

I had hoped for a reasonable discussion of the god picture in the Qur´an but Jack Miles just compares some story lines in tbe bible and in the qur´an and nonchalantly justifies each crime of this most wretched of all figures in humam literature (yes, I mean god). And the Peter Altschuler has a kind of church speak that remembers me of lost hours of my childhood I was forced to spend in sunday services. If you can bear this the book might still be enlightening.