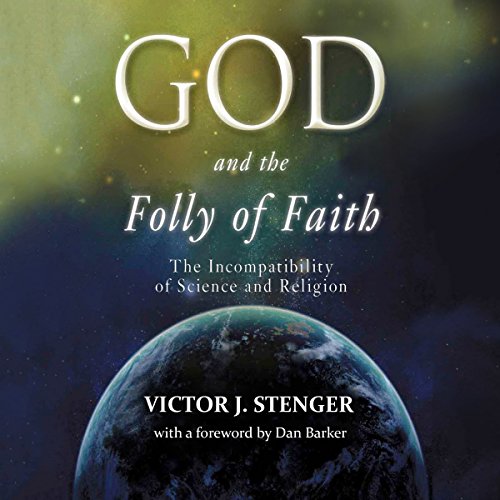 God and the Folly of Faith

A thorough and hard-hitting critique that is a must-hear for anyone interested in the interaction between religion and science.

It has become the prevalent view among sociologists, historians, and some theistic scientists that religion and science have never been in serious conflict. Some even claim that Christianity was responsible for the development of science. In a sweeping historical survey that begins with ancient Greek science and proceeds through the Renaissance and Enlightenment to contemporary advances in physics and cosmology, Stenger makes a convincing case that not only is this conclusion false, but Christianity actually held back the progress of science for 1,000 years. It is significant, he notes, that the scientific revolution of the 17th century occurred only after the revolts against established ecclesiastic authorities in the Renaissance and Reformation opened up new avenues of thought.

The author goes on to detail how religion and science are fundamentally incompatible in several areas: the origin of the universe and its physical parameters, the origin of complexity, holism versus reductionism, the nature of mind and consciousness, and the source of morality. In the end, Stenger is most troubled by the negative influence that organized religion often exerts on politics and society. He points out antiscientific attitudes embedded in popular religion that are being used to suppress scientific results on issues of global importance, such as overpopulation and environmental degradation. When religion fosters disrespect for science, it threatens the generations of humanity that will follow ours.