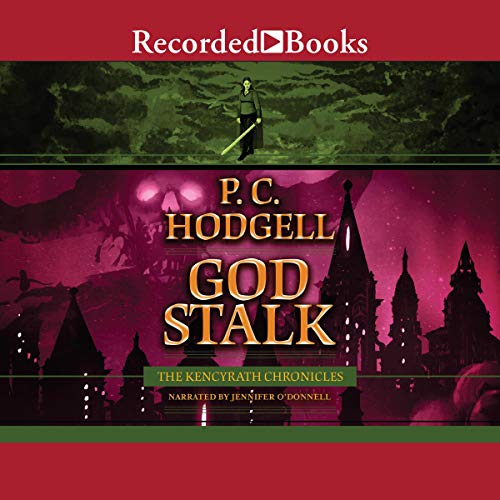 Jame is a Kencyr. Kencyrs are not native to the planet where they now live. For 30 centuries they have been the weapon that their Three-Faced God has used against the power of the Perimal Darkling. And though they have fought well, the Darkling has come to planet after planet, and the Kencyrs have moved on.

Jame knows this as she stumbles out of the hilly, barren Haunted Lands into the city of Tai-tastigon. But she knows little else. She does not remember where she has been or what she has done for the last 10 years of her life. Her memory goes back only a week or two - to finding her home destroyed and all her family dead.

In Tai-tastigon Jame begins a new life that seems to be at odds with all that the Kencyrs stand for. Kencyrs are honest and just, but Jame becomes an apprentice to the most renowned thief in the powerful Thieves' Guild. Kencyrs are confirmed monotheists, yet Jame explores the rituals and activities of the thousands of gods, templed and untempled, in this religious center; she even kills a god and then resurrects him. And at the inn, the Res aB'tyrr, where she lives, she finds herself using the most sacred dances of her people, dances she does not even remember learning, for the entertainment and sometimes the destruction of the inn's patrons.

Within herself Jame finds power she does not want and doubts she defies her heredity to harbor. She moves through the rich and bloody stew of Tai-tastigon like a hot spice. Her probings, to find herself and to discover what her powers mean to her and her people, combined with influences already at work, very nearly destroy the city. And yet, they bring her face to face with a destiny she must accept.

This is the first of several books.