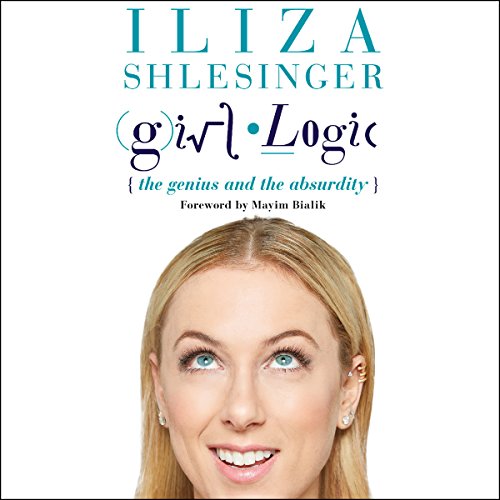 From breakout stand-up comedian Iliza Shlesinger comes a subversively funny collection of essays and observations on a confident woman's approach to friendship, singlehood, and relationships.

"Girl Logic" is Iliza's term for the way women obsess over details and situations that men don't necessarily even notice. She describes it as a characteristically female way of thinking that appears to be contradictory and circuitous but is actually a complicated and highly evolved way of looking at the world. When confronted with critical decisions about dating, sex, work, even getting dressed in the morning, Iliza argues that women will by nature consider every repercussion of every option before making a move toward what they really want. And that kind of holistic thinking can actually give women an advantage in what is still a male world.

In Iliza's own words: "Understanding Girl Logic is a way of embracing both our aspirations and our contradictions. GL is the desire to be strong and vulnerable. It's wanting to be curvy, but rail thin at the same time. It's striving to kick ass in a man's world while still being loved by the women around you.

"This book is also for me, because apparently expounding on a stage for two hours a night wasn't enough. (Trust me, if I could start a cult I would, but I hate the idea of deliberately dying in a group.)"

Very easy and relatable stories told by one of the most amazing and hilarious comic these days!
Iliza is just inspiring, fun to listen to and lovely. The way she talks about her own experiences combined with many relatable stories for every woman in the world is just great! Give yourself a break, have a little laugh and listen to Iliza cheering us girls on to become our better selves. It works!

This incredible book gives us insight on iliza's personal views on the struggles of being women. She is witty, charming and her own brand of weird. This book is so great I bought it for my bff and me.

I really enjoyed this Audiobook. The story is good. it's really funny and super interesting