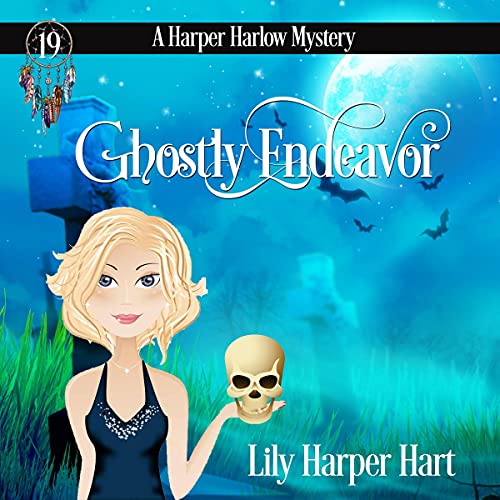 Harper Harlow is ready to move forward with her business, which just so happens to include taking ownership of the beleaguered Whisper Cove Cemetery. She and her partner Zander Pritchett have big plans...until the day they close on the property and discover a body on one of the well-worn pathways.

Cassie Clifton is recently divorced, a devoted runner, and an individual with a lot of secrets. She was estranged from her parents before her death and apparently desperate to get out of town. Why, though? Harper is determined to figure answers, no matter how hard she has to dig.

Harper’s husband Jared Monroe is on the case, but the proximity of death to his new wife has him spinning. It was supposed to be a fun business endeavor, a way for Harper to continue running her cemetery tours without oversight. It’s turned into so much more.

Harper and Jared join together, and when they uncover ties between Cassie and one of their closest friends, they’re thrown for a loop. Have they embedded themselves with a killer?

It’s a race to the finish to find Cassie’s murderer and bolster Harper’s new business in the process. It’s going to take everything they have - every member of their motley crew of friends working together - to cross the finish line safely.

Death is stalking Whisper Cove again. Will they all survive to see another day?