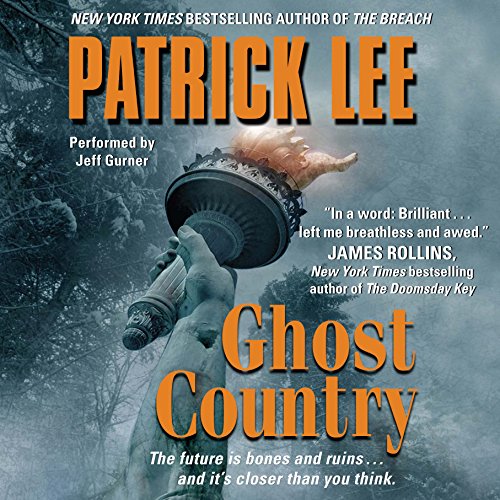 For decades, inexplicable technology has passed into our world through the top secret anomaly called the Breach.

The latest device can punch a hole into the future . . .

What Paige Campbell saw when she opened a door into 70 years from now scared the hell out of her. She and her Tangent colleagues brought their terrible discovery to the President and were met with a hail of automatic gunfire after leaving the White House. Only Paige survived.

Fearing a terrifying personal destiny revealed to him from the other side of the Breach, Travis Chase abandoned Tangent . . . and Paige Campbell. Now he must rescue her because Paige knows tomorrow's world is desolate and dead, a ghost country scattered with the bones of billions. And Doomsday will dawn in just four short months . . . unless they can find the answers buried in the ruins to come.

But once they cross the nightmare border into Ghost Country, they might never find their way back . . .

I liked the speaker and the story a lot. It has a good portion of action and an interesting and mysterious story that keeps you hooked.