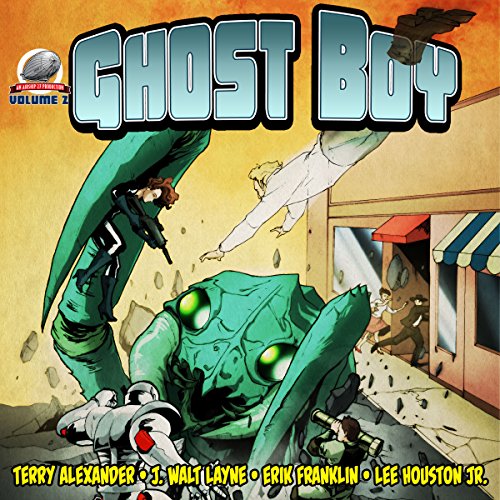 Ghost boy returns. It is the mid-1960s and the US is in thick of the Cold War with the Soviet Union and Red China. The country's greatest asset is Ghost Boy, a young genius with amazing supernatural powers, and his eight foot tall steel and chrome robot, Pops. Ripped from the pages of Jigsaw Comics, Ghost Boy returns in this collection of four brand new adventures. A rogue army invades America; a giant monster from another dimension attacks a small western town and a cunning foreign inventor creates a machine to enslave the minds of his targets. These are just some of threats facing our heroes as penned by pulp writers Terry Alexander, J. Walt Layne, Erik Franklin and Lee Houston Jr. So hold on to your hats, pulp and comic lovers, the Cold War is about to heat up!