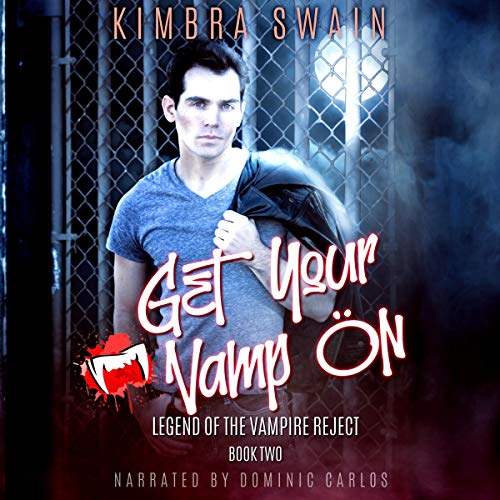 Get Your Vamp On

Get Your Vamp On

Malik Demonbreun is right where he didn't want to be: On his father's throne.

The dust settles after the chaotic change of power within the hierarchy of the vampires, however, the southern realm has a whole new problem. A vampire is killing humans in the open. Since it is happening within Malik's realm, he is forced to hunt down one of his own while navigating the challenges of being the leader of the Southern Realm. His father is too busy enjoying his retirement. Tierney is establishing her power in the East. The leader of the North is suspiciously quiet, but the leader of the West won't shut the...well, you get it.

Is the murderer a member of Malik's nobles? Can he prove his ability to rule without compromising his values? Will he always be the reject fighting to keep control?

In Get Your Vamp On, book two of The Legend of the Vampire Reject, Malik has to decide what kind of leader he will be: Foundering reject or ruthless commander.

The Legend of the Vampire Reject series is a dark urban fantasy series by Kimbra Swain, author of Southern Urban Fantasy tales like Fairy Tales of a Trailer Park Queen and Stories of Frost and Fire. Get a taste of your Urban Fantasy with a side of Southern Sass!

Das sagen andere Hörer zu Get Your Vamp On