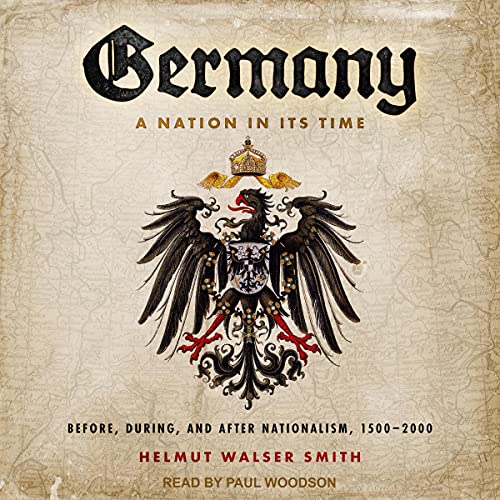 For nearly a century, historians have depicted Germany as a rabidly nationalist land, born in a sea of aggression. Not so, says Helmut Walser Smith, who, in this groundbreaking 500-year history, challenges traditional perceptions of Germany's conflicted past, revealing a nation far more thematically complicated than 20th-century historians have imagined.

Contrary to widespread perception, the people who first described Germany were pacific in temperament, and the pernicious ideology of German nationalism would only enter into the nation's history centuries later. Tracing the significant tension between the idea of the nation and the ideology of its nationalism, Smith shows a nation constantly reinventing itself and explains how radical nationalism ultimately turned Germany into a genocidal nation. Smith's aim, then, is nothing less than to redefine our understanding of Germany: Is it essentially a bellicose nation that murdered more than six million people? Or a pacific, 21st-century model of tolerant democracy?

Smith recreates the national euphoria that accompanied the beginning of World War I, followed by the existential despair caused by Germany's shattering defeat. This psychic devastation would simultaneously produce both the modernist glories of the Bauhaus and the meteoric rise of the Nazi party.